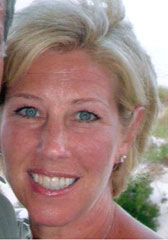 Elizabeth Dugan was appointed Vice President for Operations of the US-ASEAN Business Council in January 2012, and manages internal operations including administration, strategic planning, human resources, budgeting, membership and communications. She brings to the Council more than 20 years of involvement in international programs and relations, including high-level U.S. Government and on-the-ground experience in Asia.  She also serves as President of the US-ASEAN Business Council Institute, the educational and charitable arm of US-ABC, since 2015.

Ms. Dugan served as Deputy Assistant Secretary of State for Democracy, Human Rights and Labor (DRL) from 2002 to 2005, where she directed the bureau’s Human Rights and Democracy Fund and oversaw the management of nearly 250 grants totaling $200 million. She represented the United States in meetings and negotiations in China, Indonesia, Pakistan and Vietnam, pressing for greater respect for human rights and religious freedom and supporting the efforts of democratic party and NGO representatives to root democratic principles and practices in their countries.

In 2008, she was appointed by President George W. Bush to the board of the Vietnam Education Foundation, an independent federal agency created to strengthen the U.S.-Vietnam bilateral relationship through educational exchanges in science and technology, where she served as chairman of the Finance Committee.

She came to the Council from the International Republican Institute (IRI), a nonpartisan, nonprofit organization dedicated to advancing democracy worldwide where she was Vice President for Programs.  There she managed a number of large and complex programs, including IRI’s robust political development and democracy assistance grants in 65 countries worldwide, administered by a staff of 300 and totaling $80 million in 2008.

From 1995 to 2002, Ms. Dugan also worked at IRI, most recently as regional director for the Institute’s democracy-building efforts in Asia, which included programs in Cambodia, China, Indonesia and Timor-Leste among others.

Ms. Dugan helped create IRI’s program in Indonesia after Suharto’s fall from power in 1998, and spent one and a half years managing the Institute’s program in mainland China, focusing on legislative, legal and electoral reform. In 1997, after the coup d’etat in Cambodia, she worked with Cambodian democrats in exile in Bangkok to help them develop a strategy and conditions for a united return to their homeland to compete in national elections. Ms. Dugan joined IRI in 1995 in St. Petersburg, Russia where she directed political party building and women’s programs. She has observed some 25 elections in China and eight in Russia, as well as other balloting in Bulgaria, Cambodia, Timor-Leste, Egypt, Indonesia, Kenya, Mongolia, Nigeria and Taiwan.

Ms. Dugan served at the Republican National Committee during the 1992 election cycle as Deputy Communications Director and managed the Chairman’s communications operation at the 1992 Republican National Convention. Prior to her position with the committee, she served as the Director of Public Affairs for the U.S. Commerce Department’s International Trade Administration from 1989 to 1991, and as a Special Assistant for Public and Intergovernmental Affairs at the U.S. Labor Department from 1986 through 1989.

Ms. Dugan began her career in Washington, D.C., at the Republican National Committee working on local elections. She then served as the director of candidate education and training at the National Republican Congressional Committee for four years. Originally from upstate New York, she received her B.A. from Colby College in Maine.  She is a charter member of the Board of Directors of the SEA Spirit Foundation, an initiative incorporated in 2015 to provide health education and disaster response capability for ASEAN.