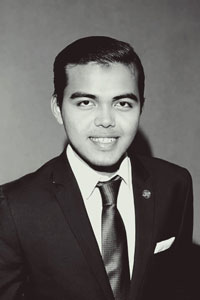 Previously, Jack was a Research Assistant at Inle Advisory Group, a Washington-based advisory firm focused on investment opportunities in Myanmar.  He interned for the Council during the summers of 2013 and 2014 and for the International Republican Institute’s Asia Division and the Center for Energy Policy and Management.  He has also worked for a member of parliament at the Pyithu Hluttaw (Lower House of Parliament) in Nay Pyi Taw.

Jack holds a B.A in Political Science and Conflict Resolution Studies (CRS) from Washington & Jefferson College, where he graduated top of his class in the CRS concentration. He is fluent in English and Burmese, and studied German.