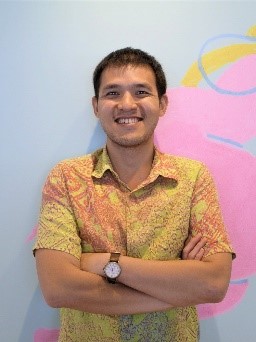 Mario Masaya rejoined the Council in June 2021 as the Digital Policy Director, based in Singapore. He originally joined the Council in 2014 in its Jakarta office and led the ASEAN Committee and SME Program while supporting the Indonesia portfolio. Mario worked on the Council’s signature business missions and various events over the years at both regional and country levels, performing either a leading or supporting role on these programs. He initiated the ASEAN SME Academy, the U.S.-ASEAN Internship Program, and the ASEAN-US Digital Consultative Forum.

Mario previously worked at the ASEAN Secretariat, in a university, and at an Indonesia-based political consulting firm. He holds a bachelor’s degree from Parahyangan University in Indonesia, and a master’s degree from the S. Rajaratnam School of International Studies at Nanyang Technological University, Singapore. He also lived and studied in Beijing at the Chinese language and culture at Beijing Language and Culture University.