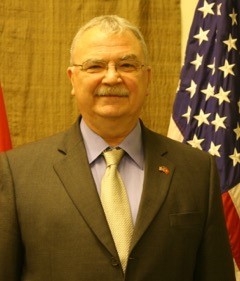 Amb. Michael W. Michalak joined the US-ASEAN Business Council in September 2015 as Senior Vice President and Regional Managing Director.  He oversees the Council’s six offices in the Association of Southeast Asian Nations (ASEAN) from the Council’s regional headquarters in Singapore, and leads the Council’s regional advocacy efforts and engages regularly with key ASEAN policymakers and thought leaders to offer his unique perspective on the key role U.S. businesses can play in ASEAN.  He also manages, coaches and develops the Council’s most critical resource: its staff.

Amb. Michalak most recently worked as an independent business consultant focused on Asia and particularly Vietnam. He also served as Senior Advisor to the private sector host committee of the U.S. APEC Year (2011).  His diplomatic career with the U.S. State Department spanned more 30 years and included postings to Tokyo, Japan; Sydney, Australia; Islamabad, Pakistan; Beijing, China; as well as Washington, D.C.  He served as U.S. Ambassador to Vietnam from August 2007 to February 2011.  Prior to his position in Vietnam, Amb. Michalak was Ambassador and Senior U.S. Official to APEC.   He also served as Deputy Chief of Mission of the U.S. Embassy in Tokyo.  In addition, he received a group award for valor for his actions in time of crisis when the U.S. Embassy in Islamabad was burned down.  Amb. Michalak began his career as a research physicist at NASA.