(New York City) – On the evening of September 26, the US-ASEAN Business Council (US-ABC) and the U.S. Chamber of Commerce were pleased to host His Excellency Dr. Mahathir Bin Mohamad, Prime Minister of Malaysia on the sidelines of the 74th UN General Assembly (UNGA) in New York.  The occasion marked Prime Minister Mahathir's second engagement with the US-ABC and U.S. Chamber of Commerce around the UNGA since his reelection last year.

Prime Minister Mahathir met U.S. business leaders, members of the US-ABC and U.S. Chamber of Commerce, for a roundtable discussion. Business leaders were able to hear about the Government of Malaysia’s plans for further implementing its political and economic reform agenda in the second year of the Pakatan Harapan coalition’s leadership of the country. Discussion centered on the Malaysian government’s focus on strengthening’s the country’s economic fundamentals, increasing productivity and ensuring sustainable and inclusive growth.

The Prime Minister delivered opening remarks at the roundtable.

“The economic situation is improving,” said Prime Minister Dr. Mahathir Bin Mohamad said in his opening remarks. “We have put all the necessary instruments in place and are managing the finances quite well. We are still growing at four and a half percent a year.”

“Malaysia is still the same Malaysia that was friendly with the business community, that encourages foreign direct investment,” Prime Minister Dr. Mahathir added. “Malaysia is open for business and eager to find partners to grow our digital economy. You can expect a Malaysia that listens to the private sector. We are a business-friendly nation.”

“The Council was pleased to have the opportunity to engage with Prime Minister Mahathir after concluding a successful business mission to Malaysia in August, where we were able to discuss the Government of Malaysia’s plans for Industry4WRD and serving as APEC Chair in 2020,” said Alexander C. Feldman, President and CEO of the US-ASEAN Business Council. “Prime Minister Mahathir has a legacy of crafting policy with a keen eye on technology of the future and has subsequently attracted significant foreign direct investment in the technology space. The Pakatan Harapan government seeks to continue that vision and make Malaysia a regional tech hub and we hope to support that objective by furthering our discussions on how to create policy and foster talent to support Malaysia’s competitiveness and innovation.”

In August, the US-ABC led its 2019 Malaysia Business Mission. The delegation of 20 leading U.S. global companies on the mission met with top Malaysian government officials to understand ways in which the U.S. business community can support the government’s top goals and key initiatives, including the Industry4WRD national policy. The mission also discussed Malaysia’s objectives and potential theme for its 2020 Chairmanship of Asia-Pacific Economic Cooperation (APEC). 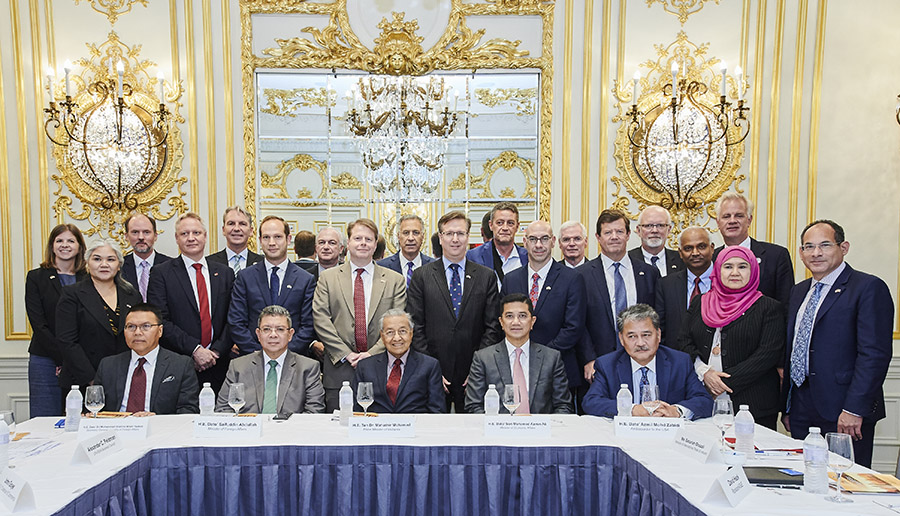