The ASEAN Economic Community (AEC), formed in 2015, has a combined GDP of  $2.8 trillion, and is also the 3rd fastest-growing major Indo-Pacific economy in the past decade, after China and India. As a critical hub for global trade, over $3.4 trillion in global trade transits through the ASEAN region each year.

The AEC seeks to reduce or remove trade barriers to facilitate the free movement of goods, services, capital, and skilled labor within the region. A single customs window, known as the ASEAN Single Window, is near completion with support from the United States, while regional agreements to facilitate the movement of ASEAN member states' nationals are also being developed. ASEAN currently has five regional free trade agreements (FTAs) with Australia and New Zealand, China, Japan, South Korea, and India. Singapore is the only ASEAN member state to conclude FTAs with both the United States and EU. 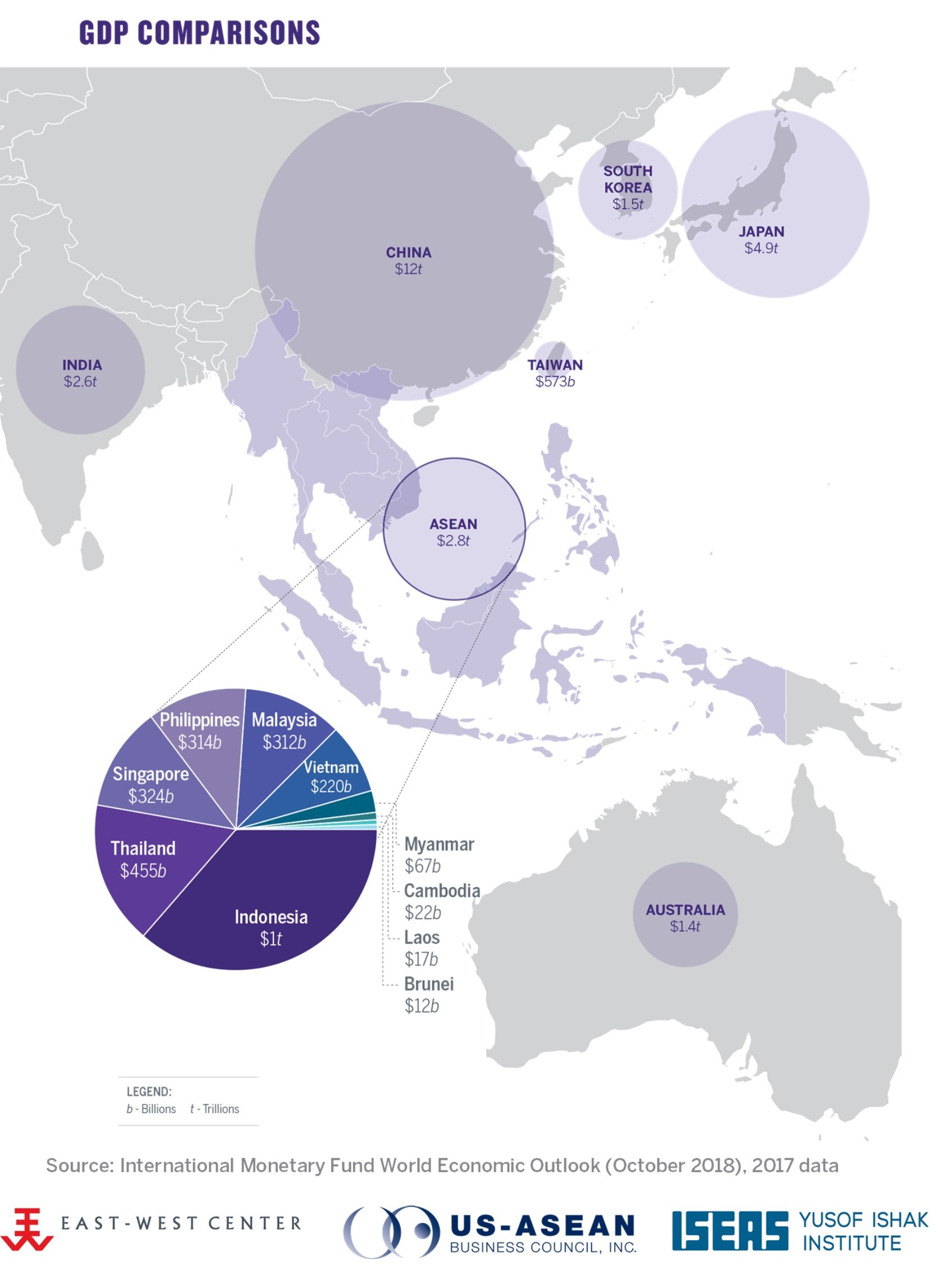