ASEAN Students Contribute over $2 Billion to the US Economy

Almost 60,000 students from ASEAN study in the United States, comprising 5% of all international students. Over 24,000 students come from Vietnam, the most of any ASEAN member state and the 6th largest amount from any country globally. The top US destination for ASEAN students is California, where eight universities have Southeast Asia studies programs, followed by Texas, Washington, and New York.

Nearly 7,000 US students study in ASEAN member states, an increase of 44% over a decade. Thailand, Singapore, and Vietnam are the most popular destinations for study abroad, with over 70% of US students in ASEAN studying in these three countries. 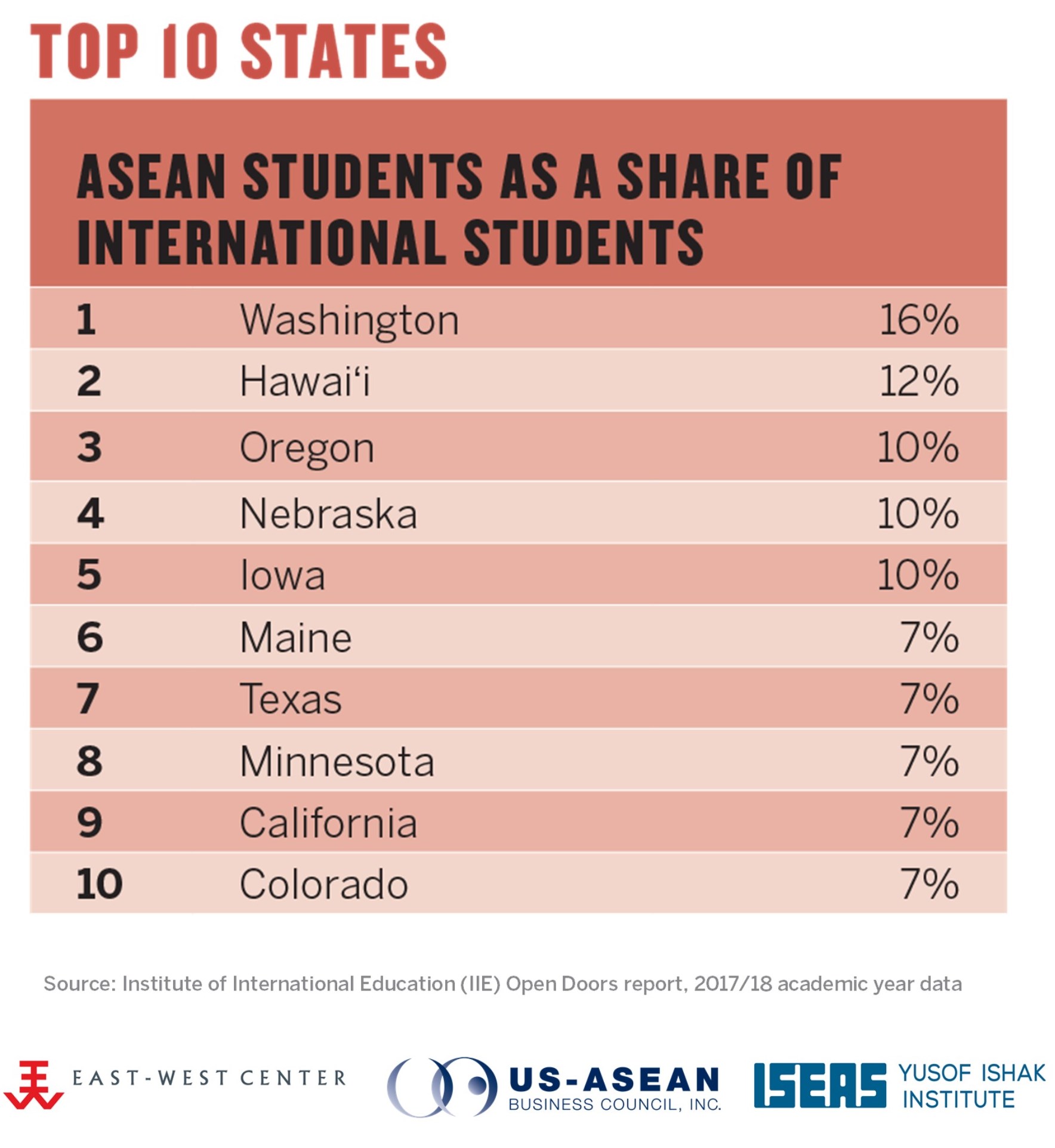 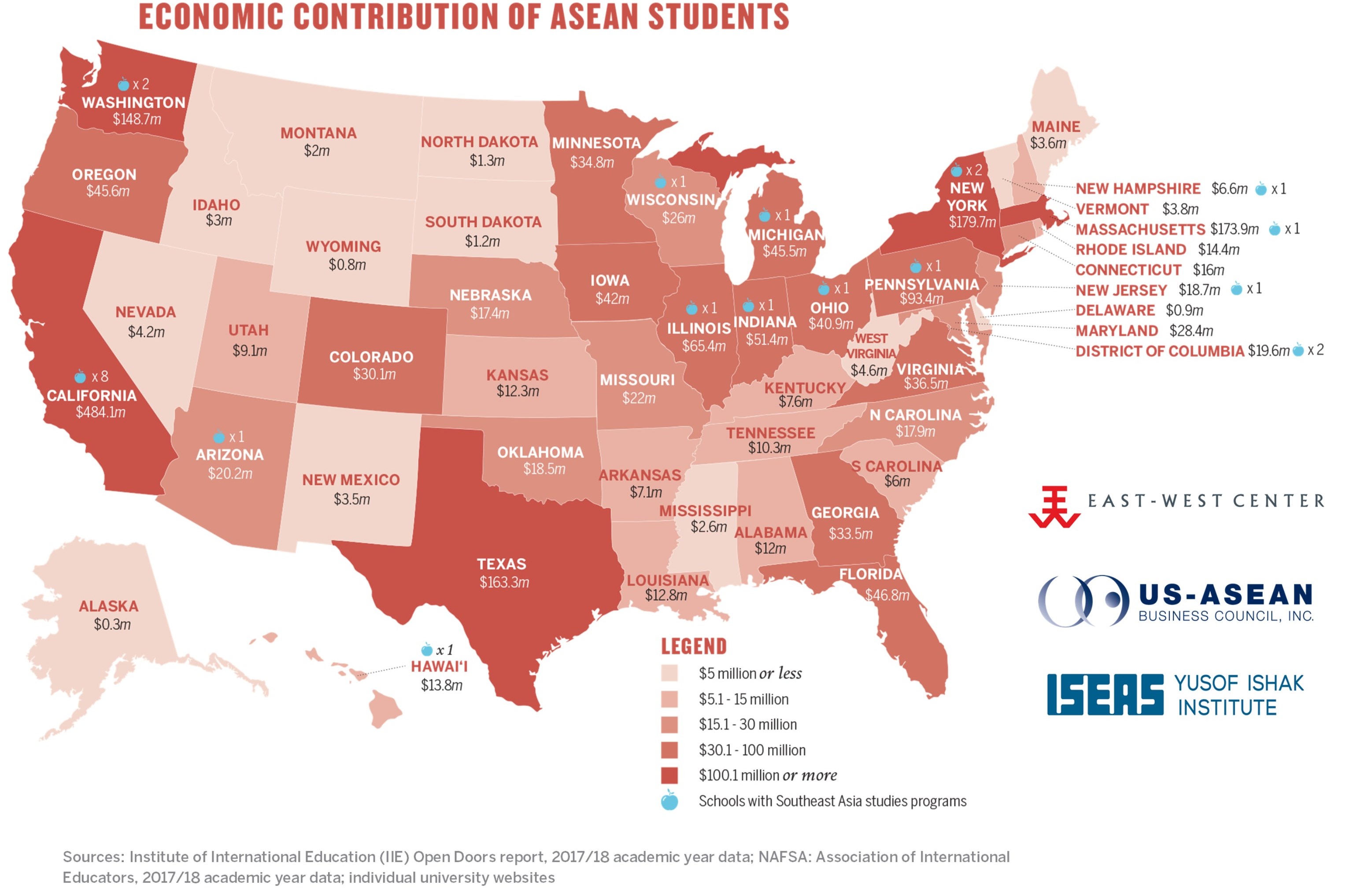 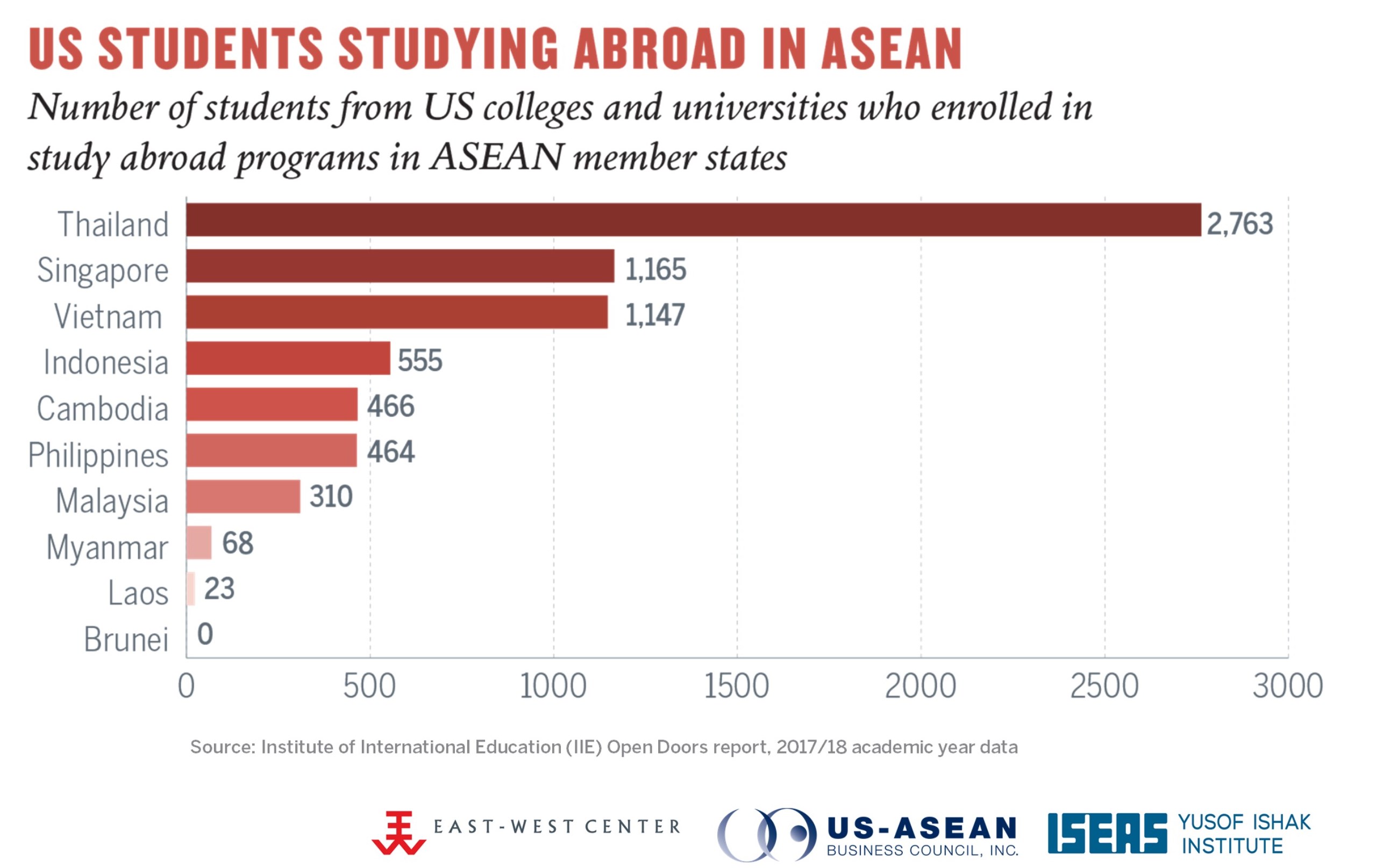 Over 650 students, teachers, and scholars participate in Fulbright exchanges between the United States and ASEAN. Participants from all 10 ASEAN member states take part in the program. Since the program’s founding in 1949, over 12,000 students, teachers, and scholars from ASEAN have participated, including over 3,300 from Indonesia and over 2,500 from the Philippines. Since 1949 there have been over 5,500 American Fulbright participants, with the greatest number engaged in the Indonesia, Malaysia, and Thailand programs. 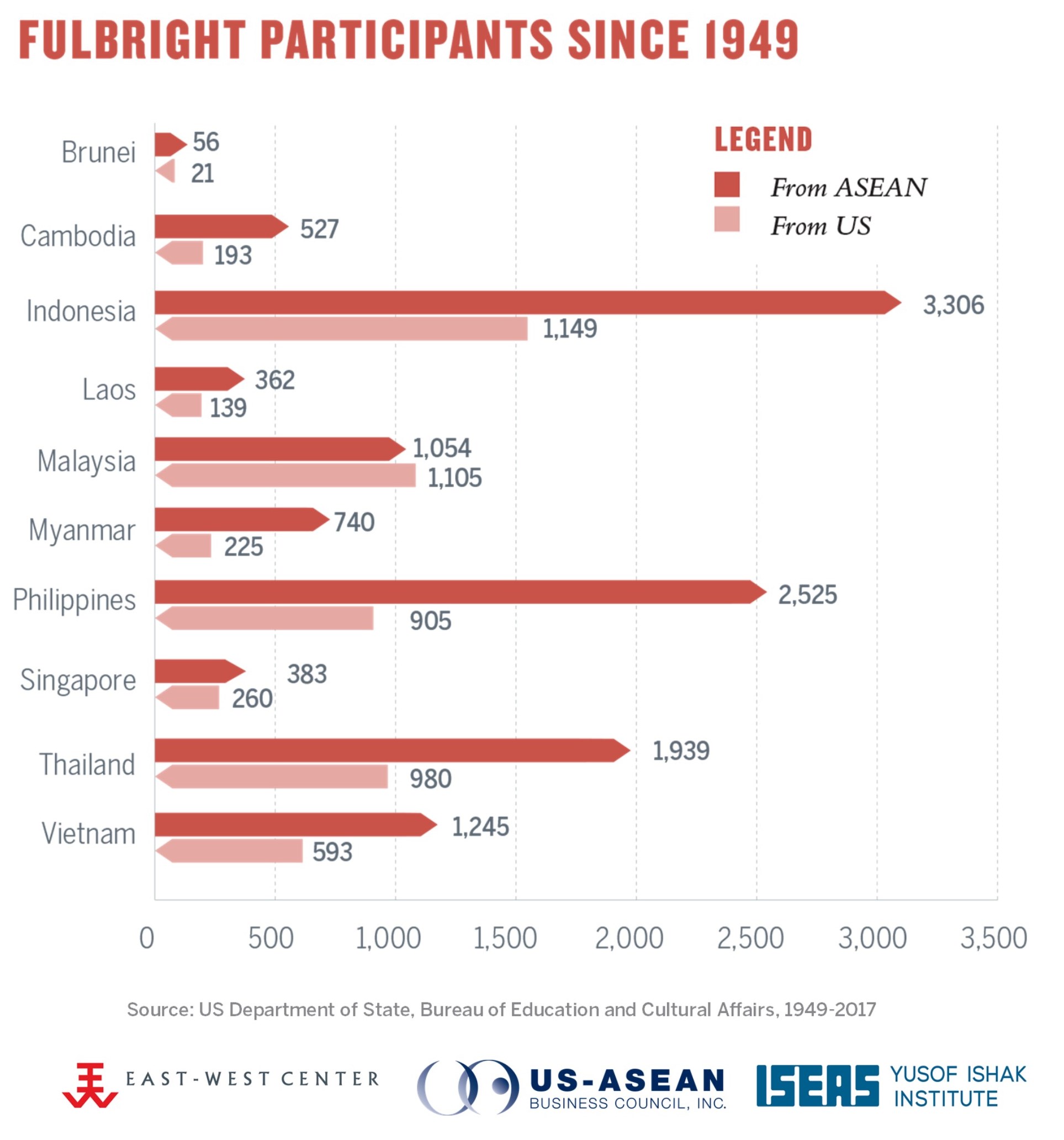 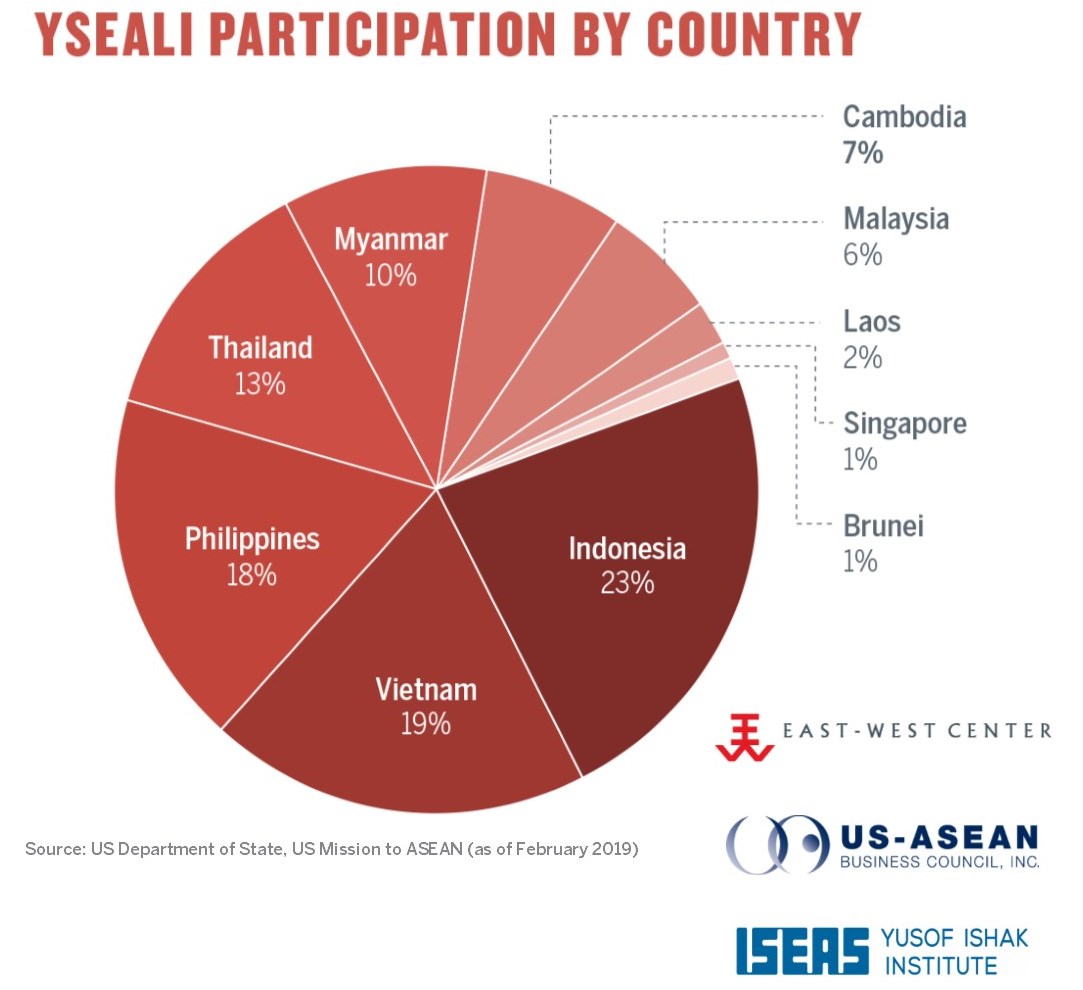 Established in 2014, YSEALI is a program focused on strengthening leadership development in ASEAN. More than 140,000 young people, ages 18-35, have joined the program, and over 160,000 are following YSEALI on social media platforms. Through YSEALI, the US government has engaged over 50,000 ASEAN youth through regional workshops and exchanges, professional and academic fellowships at universities, businesses, and non-profits in the United States, and community-focused grants in order to develop local ties between the United States and ASEAN.