ASEAN's Economy is Projected to Grow by over 5.5% per Year and Become the 4th Largest Economy in the World by 2050

With a projected annual growth rate of over 5.5% per year, ASEAN is forecast to overtake the EU and Japan to become the 4th largest economy in the world by 2050, behind China, India, and the United States.

This projected growth is supported by favorable demographics. Over 380 million people are under age 35 in ASEAN (58% of the population), roughly 20% larger than the entire population of the United States.  ASEAN also has the world’s 3rd largest labor force, trailing only China and India. ASEAN's middle class* is expected to more than double in size from 135 million (24% of ASEAN's population) to 334 million (51% of the population) by 2030.  Sustainable urbanization is a key part of this demographic growth, and it is estimated that nearly 70% of ASEAN’s population will live in urban areas by 2050. 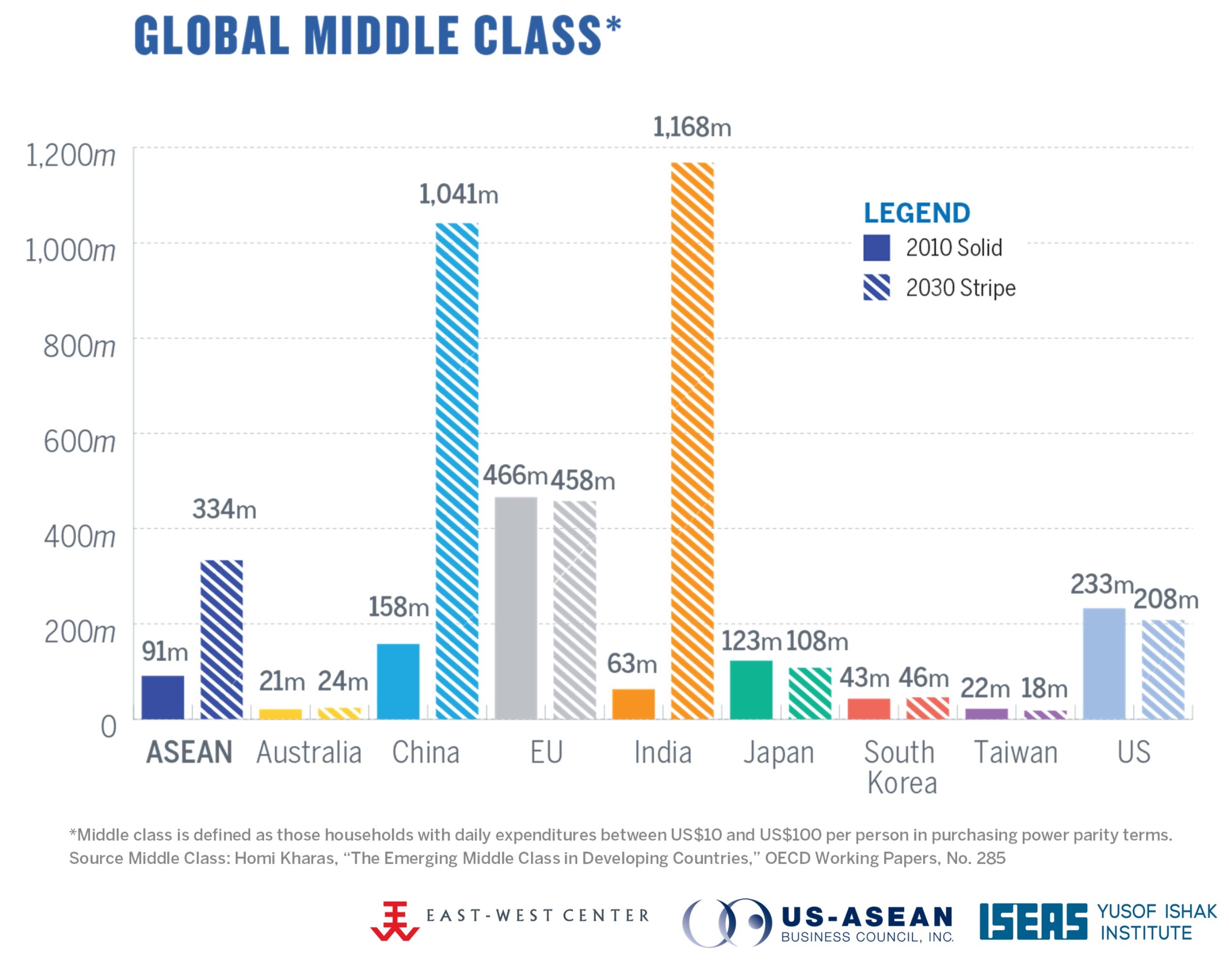 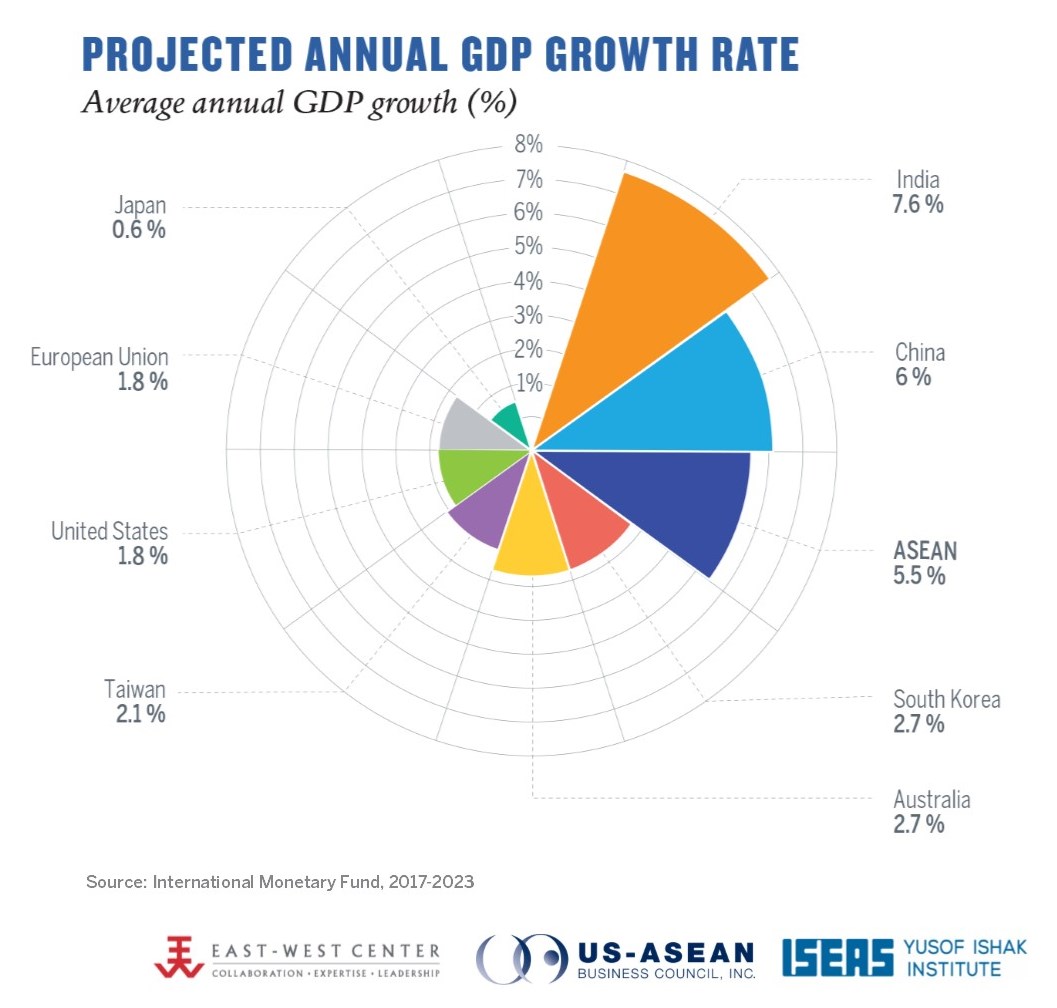 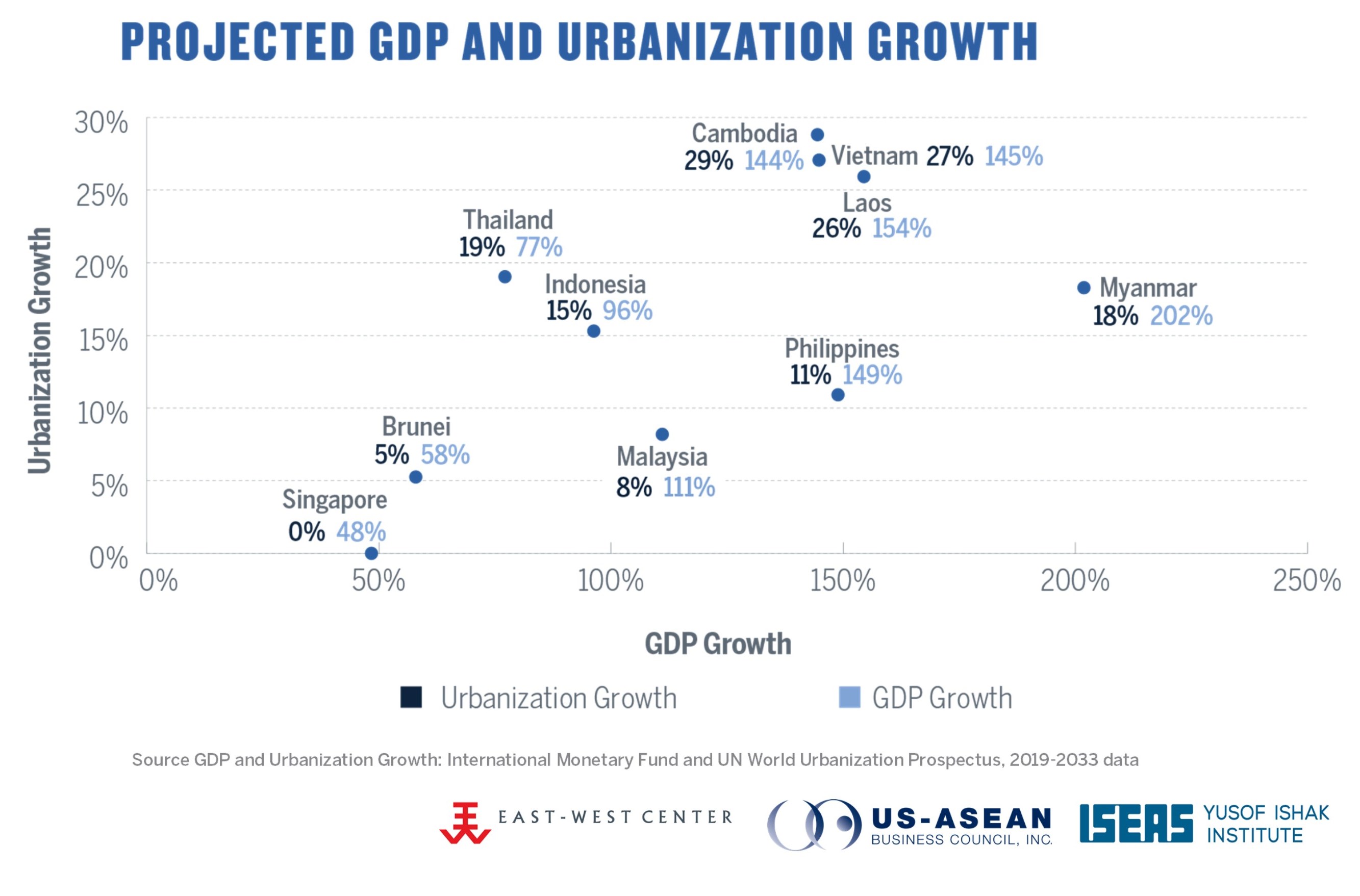